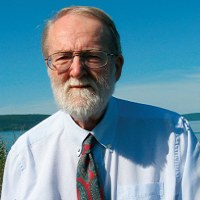 Christopher Wright is the retired President of The Mariport Group Ltd, a specialized marine and port consulting company that was formed in 1989. He has been involved in Arctic Shipping studies since 1973, and in 2013 he joined WorleyParsons Canada in a contract position as a Marine Logistics Specialist.


In Arctic activity with WorleyParsons, he has made logistics and economic contributions to a design project for a dock at Iqaluit, a port facilities study for three Arctic communities and a strategic analysis of transportation and sealift issues in the Northwest Territories. In 2014 he contributed to a study for Transport Canada into potential traffic in the Northwest passage. Prior to his retirement he was involved in developing a logistics plan for a proposed mine in Alaska.


In earlier Arctic work he has led teams that produced a major report for Transport Canada Marine Policy on Arctic shipping, development, socio-economic conditions and other issues (the Canadian Arctic Shipping Assessment). He has also been involved in many other pan Arctic studies as well as the Mackenzie River for the public and private sector.


Much of his work over the last two decades has been in analysis and development of approaches to both dry goods and petroleum product shipment to Arctic communities on behalf of GN and GNWT that have resulted in material changes to operations and reductions in cost.


He lives in Digby, Nova Scotia.