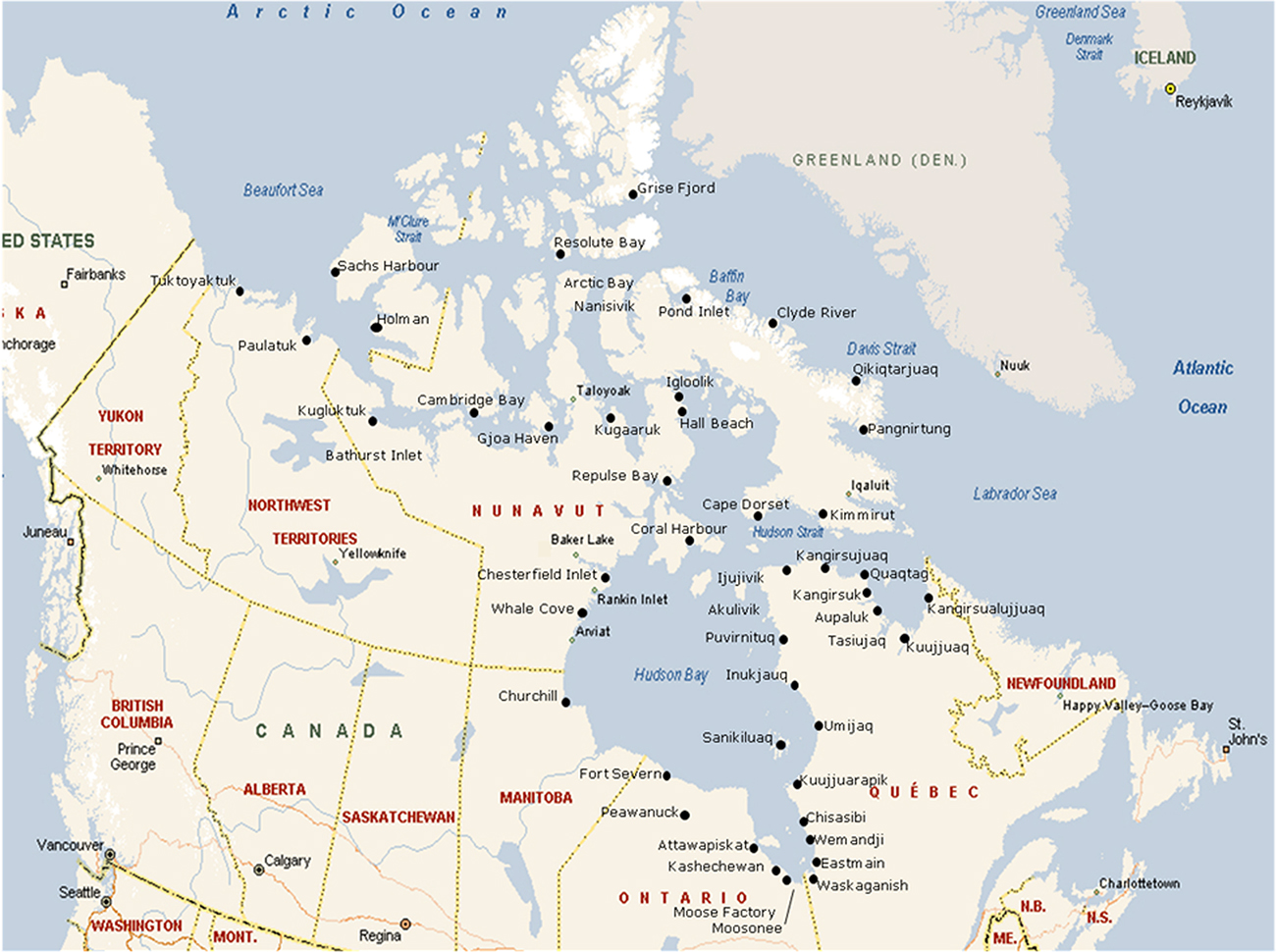 There have been many books written about the Arctic, some have focused on exploration, some on Inuit social life and development, some on the regional economy, and some on unique ships that were involved in Arctic service. However, none appear to have addressed Arctic transportation and trade in terms of who used marine transportation, the ships employed, cargoes carried and the routes used. This book attempts to rectify this omission, and the different chapters provide information and analysis on specific aspects of Arctic activity, while the extensive Annexes offer supporting detail. There is no specific sequence to the chapters, and Arctic Cargo is essentially a reference source covering different aspects of shipping into and out of the region.


Historically, Arctic Cargo begins with Martin Frobisher's abortive gold mine on Baffin Island in 1576 and, in a sense, closes with Agnico-Eagle's successful gold mine northwest of Baker Lake in the early 2000's. Inevitably the fur trade and the Hudson's Bay Company (HBC) were a major part of activity for the first 300 years, and much of the data is from their files. Surprisingly, even a company like the HBC, which was renowned for its record keeping, kept very little detail on the ships it used and the cargoes they carried.


The book starts by looking at how today's Arctic communities developed, pointing out that prior to the 1950's the Inuit were still largely nomadic, moving with the seasons and availability of game and fish. Communities tended to develop around external influences, such as a trading post, mission, defence construction or through government fiat. Re-supply activities commenced in the mid-1950's, just as construction of defence projects in the Arctic was winding down. External influences, such as Whaling and Missionaries, together with the Police and the Eastern Arctic Patrol sovereignty exercise are covered relative to their marine transportation activities.


As whaling declined, the companies and captains took to trading, from the 1850's in the East and 1890's in the West. The key trading period was from 1900 to WWI, as fashion changes drove the demand for baleen down to a point where voyages were no longer profitable, unless supported by revenues from furs taken in trade.


Fur was the driving force for southern exploitation of the Arctic and while the HBC and Revillon Frères are relatively well known; there were many other companies that traded with the Inuit. These companies mainly moved into the Arctic when fur prices peaked following WWI, but most could not survive when prices collapsed in the mid 1920's and all sold out to the HBC before WWII. The lens of changes in European and American fur fashions, is used to try and explain why traders moved into the Arctic, where the primary fur bearing animal, for which there was a market, was the White Fox.


Canada reluctantly accepted responsibility for the Arctic Islands after Britain ceded them in 1880, following sovereignty scares such as Lt. William Mintzer's mining expedition to Cumberland Sound in 1876. However, it wasn't until 1903 that the Northwest Mounted Police were able to establish a presence in the north, the Yukon gold rush and the Boer War having diverted resources earlier. Even then sovereignty assertion was more in terms of collection of customs dues than policing activities. Police presence grew slowly, and their experience with marine activities was not all together successful until Henry Larsen sailed the St. Roch north in 1928.


In the Eastern Arctic there was probably relief by the police when the Eastern Arctic Patrol commenced activities in 1922. The different ships used took research teams north and delivered supplies for the police detachments and government research stations. The Patrol segued into a more health related role from 1944, with a focus on Inuit tuberculosis in 1950 until 1969. The specially built C.D. Howe was the key marine component from its delivery in 1950 until 1969.


The missionaries came late to the Arctic, the first being those of the Anglican faith, sent by the Church Missionary Society. The first Roman Catholic mission to the Inuit was not established until 1912 and they tended to run their own re-supply operations in both the Eastern and Western Arctic. Although the Anglican missions did have some small boats, and benefitted from free transportation provided by Scottish whalers, they generally worked with the HBC for their transportation needs.


There were a number of routes used by the fur traders to get to the Arctic. Some are obvious, like Hudson Strait in the East and Point Barrow in the West; some are largely forgotten like the Pagwachuan. Most changed with time as alternative modes, mainly rail, become available. This is particularly evident in the West, where routes to the Mackenzie River evolved from the traditional Methye Portage to tug and barge services from Hay River. Today, marine transportation, during the short open water window each year, remains the primary means of economic movement of goods to communities and mines.


The rationale behind the construction of Canada's Arctic port has been largely forgotten, as well as the reason why the rail line to Churchill takes a sudden northward turn, having nearly reached the Nelson River. Pre WWI politicking drove the government of the day to start construction of Port Nelson in 1913, which was entirely the wrong place. WWI forced a pause in construction, and the location was then reviewed in 1927; this confirmed what mariners had stressed all along, that the port should be at Churchill.


Mining in the Eastern Arctic commenced when Martin Frobisher took a thousand tons of worthless rock to England in 1576, and while the HBC and others undertook sporadic mining activities on the Eastern shore of Hudson Bay, and on Baffin Island, it wasn't until the North Rankin Nickel mine in the 1950's that a major mining venture was undertaken. Commencing in the 1970's, activities in Deception Bay, Nanisivik and Little Cornwallis Island involved significant inbound and outbound transportation in support of the mines, and shipping of the product into the 2000’s. Deception Bay continues to be a major Arctic mining centre. Oil and Gas exploration during the 1970’s and 80’s created a remarkable level of activity, with deployment of state of the art ice breaking ships and ice capable drill platforms.


Commencing with airfield construction for the Crimson Route in the early years of WWII, America moved steadily into the Canadian Arctic. The principal activity was the DEW Line but construction, re-supply and maintenance of the Pinetree and Mid Canada Lines, as well as weather stations and other military ventures also involved considerable marine activity.


Annual sealift started with the HBC re-supply of its posts in James Bay in the mid 1600’s, and for 300 years, the HBC used three to four sailing ships each season to serve post requirements. After the introduction of the Nascopie in 1912 a single steamship covered most of their needs for the Eastern Arctic. For the Western Arctic, the HBC tried re-supply around Point Barrow for a number of years, but ice conditions and ship losses eventually persuaded them to return to their traditional route down the Mackenzie River. As the Dominion Government gradually took over responsibility for developing communities, there was some overlap between community and military activity during the 1950’s and 60’s. However, the watershed year between government and commercial service to the Eastern Arctic was 1972, when the shipping companies were made responsible for moving cargo between ship and shore. Today, it takes multiple ships on several annual trips to move community cargo needs, with those in the Western Arctic now being served reliably from the East, rather than depending on the Mackenzie River route.


The Arctic region covered by the book is shown in Figure 1.1. This map provides community locations and names that are generally used today. However, many of the names employed in the book are those used historically, and Tables 2.5–2.12 in Chapter 2 contain a comparison of both current and older names.


Reference is also made to Eastern and Western Arctic, for the purposes of this book the dividing line is the Boothia Peninsula. Referring to communities on Figure 1.1, Resolute Bay is in the Eastern Arctic, while Taloyoak is in the West.